Just to steal some of your time.

I am so hooked on his blog WaiterRant that I have to read a few of his posts daily over the past week. He is in a phase or should I say evolving from a waiter into a writer. Mmm… that’s not right. He is a writer who waits on table to make ends meet. Er… should be half right. Enjoy his life experiences and his humorous remarks. No… he is not those spitting-into-your-soup type of waiter as far as I know. Been feeding off his blog during my lunch break for the past week. He has been my lunch buddy making me enjoy my polystyrene lunch takeouts and occasionally making me gag myself with muffled chuckles.

It’s a Thursday night and I’m having a martini at Cafe American. On my way over I walked past The Bistro. It was the first time I’d seen the place since I left. As I peeked though the restaurant’s front window a weird sensation churned in my gut. It was the same feeling I had driving past my boyhood home after my parents sold it and the new owners moved in. I could see the usual wait staff running food and chatting with customers. If anyone saw me they didn’t let on. The Bistro looked busy. It also looked like the dark side of the moon.

“So,” Arthur, the cafe’s bartender says, “You’re not working at the Bistro anymore.”

“How long did it take for that news to travel the waiter grapevine?” I ask.

“No one’s more surprised than me,” I reply, looking into my drink.

“You gotta admit,” Arthur says, “That place has blown through a lot of staff.”

“That’s true about a lot of places,” I reply.

A customer walks up to the bar and asks for a Manhattan. Arthur and I let our conversation hang in the air while he makes the drink. Its a pleasure to watch Arthur work. All his movements are precise and economical. Not a movement or drop is wasted. Arthur passes the cocktail across the bar, rings it up, and hands back the change. A few seconds later he palms his tip off the wooden countertop, grabs a towel, and walks back towards me.

“Working in a restaurant?”

“Thanks, but no thanks,” I reply. “I want some of my watering holes to remain sacrosanct.”

“I hear that brother.”

“Harder than I expected,” I say. “But thank God for computers. I can’t imagine typing this all out on a typewriter.”

“Computers are great,” Arthur says. “Until they go wrong.”

“No way,” I reply, taking a sip from my martini.

“Couldn’t you reformat the hard drive?”

“My ex brother-in-law tried to fix it,” Arthur says, wiping down the bar with his towel. “He’s a computer geek and even he couldn’t do it.”

“What the hell were you looking at?” I ask.

END_OF_DOCUMENT_TOKEN_TO_BE_REPLACED

Thought that I share this with you all. Might come in handy sooner than you think and to ensure smoother sailing years ahead. Guys, you can print this and have it folded and slip it nicely into your wallet for those confounded moments when confronting the female species. Make an excuse to slip away to the washroom and refer. Could very well save your neck. 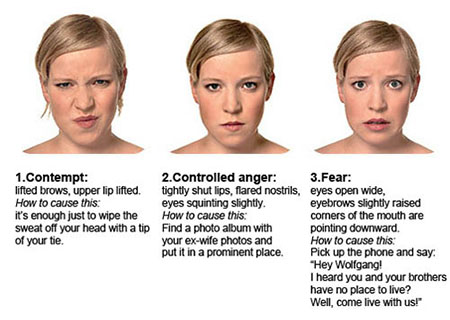 END_OF_DOCUMENT_TOKEN_TO_BE_REPLACED

You may have heard it on the radio or on other media. It’s boasting to be one of the prime location for shopping and leisure. Niu Ze Xui (NZX) was launched on the New Year’s day and the crowd has been flocking to the new commercial center like ducks to a pond. Within one week, I have been there twice. Quite a number of shops are opened but they still lack products to sell. Most of them just put their stuff up for the sake of the opening. Can’t blame them for NZX is a brand new commercial center. Brought Food4Thot there last Friday and both of us agreed that it’s somewhat resembles Suan Lum Bazaar, Bangkok with a modern Malaysian twist. There are certain angles when it does reminds us of that place.

Here are some pictures taken on the auspicious opening night itself. 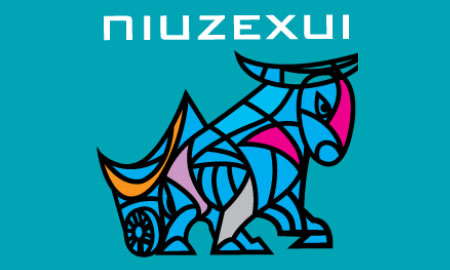 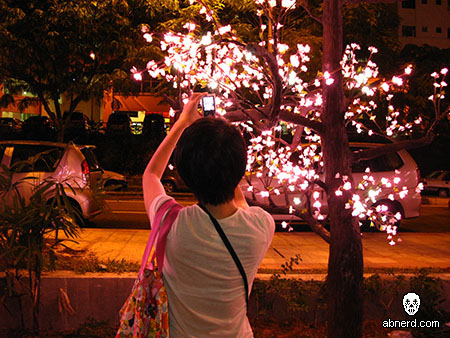 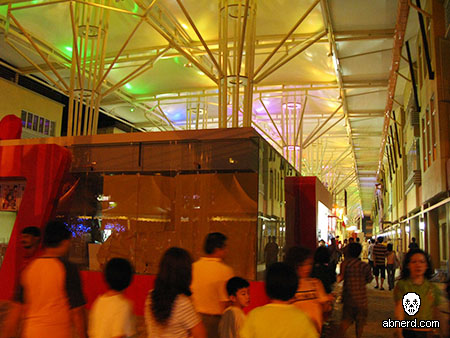 END_OF_DOCUMENT_TOKEN_TO_BE_REPLACED

Warm wishes in advance for I will be away for till eve of Christmas. Am going back to my hometown in a while. Hopefully will get to meet up with my friends and my brother suggests that we go hiking up our local mountain. It takes about one and the half hour to reach the peak. I did it once, earlier this year. Might as well do it again right.

Here’s a game that had me wasting minutes away since year 2005. It’s called Brat Invasion a flash game developed by the people at T-Viral. Just the right game to unwind yourself and get you in the right mood. Hehe… 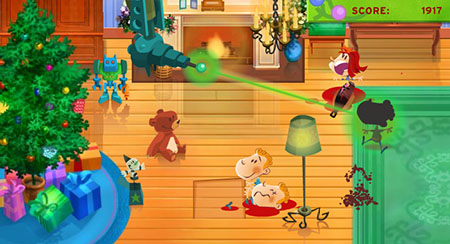 Am looking forward to a weekend of food, family and tv I suppose. And I am bringing BitBit back today. Hopefully he will enjoy running around in the garden.

I snapped this when he was at my brother’s place. Blek!
Would be back by eve of Christmas. Cheers! 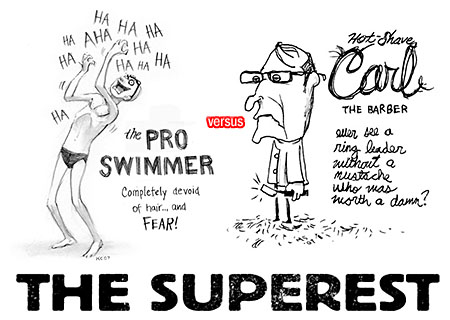 Be warned!
The video below is not your regular tickle-me Elmo. The little guy is on fire, not hawt but really burning. Enjoy the freakiness. May it brings out the Halloween spirit in you, whatever that means.

YouTube got themselves a Halloween themed logo for today.

But I am surprised that Google did not have a Halloween themed logo this year as they usually did. Or could it be because mine was directed to Google Malaysia? Anyway, some past year’s Halloween designs. It’s fun to see the transition of the designs from 1999 – 2006. Cool.

*Update. Finally I saw the 2007 Halloween logo. Might be time difference that’s why it was not up.

For your info, all these logos are done by Dennis Hwang or Hwang Jung-mok.

Managed to get everything done and upload it to the server yesterday nite… 30th September. Around 45 minutes before midnight. It was the closing date for the Chipster – {noTHing eLse maTTeRs} contest. I thought of joining in it earlier, but always finished my packet of Chipster before I could reach for my camera. Anyway I picked up 4 packets of Chipster in the morning before I went climbing. Already had an idea how I want my shot to be. I love the Hot & Spicy flavor. And got one packet of Sour Cream to try. Tried Original – did not like it. I missed the Chipster’s Blogger-verse Bonus though… sigh. Procastination is the thief of time people… big thief. Photo session was funny as we had to do silly poses. Mine was done lying on the cold hard floor while stuffing my face with chips.

Here are my two entries for Chipster contest. 😛

#1 That’s me. Getting it down with Frankenstein.

#2 That’s my gf, whom I coerced into posing for me. Hugs… thank you dear.

And as many of you would have guessed it, here comes my shameless self-promotion earnest request for you guys and girls to vote for me so that I could at least win something from this contest. Voting starts today and ends on the 15th of October. Its a vote per day so “Vote wisely! Vote for abnerd! Vote everyday!” Hehe…

Update : For voters who have no idea how to go about this, please check below.

#1 – Click on the Chipster ‘noThing eLse maTTeRs contest button. (It may be slow… be patient while it loads. If all fails, press refresh F5)

So what are you waiting for? Click : Chipster – {noTHing eLse maTTeRs} contest
Gracias amigos.