Got this piece of information from XES’s blog… yeah yeah… it’s a backdated post… haven’t been visiting lots of blogs as regularly as I used to.

Sixthseal.com reborn? Nah… it was never dead. It just went missing. Think it had been a year plus. Anyway with a picture of Huai Bin taking a dump… it’s hard not to take notice. And I do agree with XES if he used a female model instead. I won’t mind. But hey… that’s the Huai Bin I got to know from earlier days. Nope, I do not know him personally but the things that he goes on about in his blog, somehow tells a lot. His escapades. The controversial one. He seemed to put on quite some weight now.

His liking for things sweet are still evident it seems.
Linked him up already. Enjoyable read from time to time.

I am so hooked on his blog WaiterRant that I have to read a few of his posts daily over the past week. He is in a phase or should I say evolving from a waiter into a writer. Mmm… that’s not right. He is a writer who waits on table to make ends meet. Er… should be half right. Enjoy his life experiences and his humorous remarks. No… he is not those spitting-into-your-soup type of waiter as far as I know. Been feeding off his blog during my lunch break for the past week. He has been my lunch buddy making me enjoy my polystyrene lunch takeouts and occasionally making me gag myself with muffled chuckles.

It’s a Thursday night and I’m having a martini at Cafe American. On my way over I walked past The Bistro. It was the first time I’d seen the place since I left. As I peeked though the restaurant’s front window a weird sensation churned in my gut. It was the same feeling I had driving past my boyhood home after my parents sold it and the new owners moved in. I could see the usual wait staff running food and chatting with customers. If anyone saw me they didn’t let on. The Bistro looked busy. It also looked like the dark side of the moon.

“So,” Arthur, the cafe’s bartender says, “You’re not working at the Bistro anymore.”

“How long did it take for that news to travel the waiter grapevine?” I ask.

“No one’s more surprised than me,” I reply, looking into my drink.

“You gotta admit,” Arthur says, “That place has blown through a lot of staff.”

“That’s true about a lot of places,” I reply.

A customer walks up to the bar and asks for a Manhattan. Arthur and I let our conversation hang in the air while he makes the drink. Its a pleasure to watch Arthur work. All his movements are precise and economical. Not a movement or drop is wasted. Arthur passes the cocktail across the bar, rings it up, and hands back the change. A few seconds later he palms his tip off the wooden countertop, grabs a towel, and walks back towards me.

“Working in a restaurant?”

“Thanks, but no thanks,” I reply. “I want some of my watering holes to remain sacrosanct.”

“I hear that brother.”

“Harder than I expected,” I say. “But thank God for computers. I can’t imagine typing this all out on a typewriter.”

“Computers are great,” Arthur says. “Until they go wrong.”

“No way,” I reply, taking a sip from my martini.

“Couldn’t you reformat the hard drive?”

“My ex brother-in-law tried to fix it,” Arthur says, wiping down the bar with his towel. “He’s a computer geek and even he couldn’t do it.”

“What the hell were you looking at?” I ask.

END_OF_DOCUMENT_TOKEN_TO_BE_REPLACED

Those of you who love to learn new stuff… or just check out how something is done should really have a look at HowToons.com. It’s not your everyday DIY site, where there are just step by step instructions with a photo or two thrown in.
Uh uh… no sir/madam. 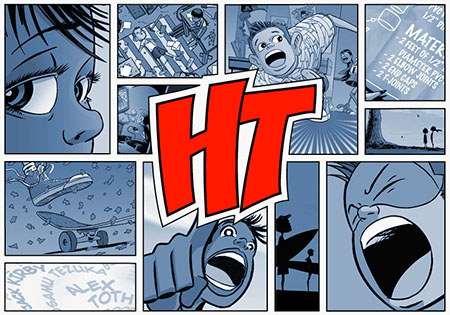 END_OF_DOCUMENT_TOKEN_TO_BE_REPLACED

I added another new widget in my blog. It’s the *drumroll* Human Calendar *tadaa*
It’s the second baby project of Craig Giffen. His first was the Human Clock. 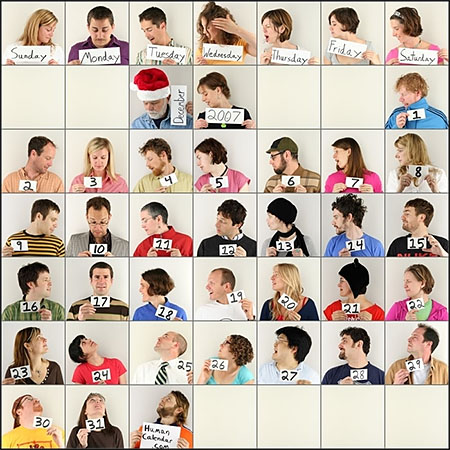 It’s cool and it’s new. Do check it out if it interests you. There is 4 sizes to choose from.
Here is what Mr. Craig has to say about his calendar models :
All of the “models” are various homogeneous friends of mine who happened to find themselves near my garage between April-July 2007. Granted, most were lured with beer, food, lodging, or in one case…meat. Nearly everyone is from Portland, Oregon with the occasional person from Saipan or Sacramento thrown in for good measure. Some people are in bands, a couple are writers, one person was in an episode of Murder, She Wrote, while another person accidentally murdered Kelly Ripa’s pet sea monkeys when she was 12.

What a bunch of interesting characters.

Well, got the Entrecard banner up since yesterday morning and my last click from the site itself was at 23:36:08. My total visits is 33. Not bad for a first day. I have my ad running now and so far I have got two clicks from there and about 9 clicks from the Entrecard community. They have their own statistic tools too for you to gauge your site’s presence. Nah… here is what mine look like.

It certainly did increase my traffic. Here’s a snapshot from StatsCounter.

Bought several more ads. Give it a try and see. Drop me a message so I could buy an ad from you ya.

Thought of getting your own banner and advertising it on other blogs for free?

Well I did but could not find an easier approach to doing so. All that changed just now when I dropped by Merdurian’s blog. She had just gotten herself an Entrecard. It’s where you can drop your online name card at other Entrecard member’s site. Earn credits through networking like visiting other blogs and dropping your cards. I am still exploring the possibilities with this thing.
She claims that it generates quite some traffic for her. Let me relay my update on that by the end of the day.

I have gotten 8 adverts so far. Still low on credits though.

Hola everyone. I have just got a new feature activated in my blog. Any of you noticed? It’s AnswerTips™ developed by Answers.com

How it works?
Just double click on any words that you prefer. A small pop up will appear with the explanation. It’s an instant dictionary minus the fuss. Click at any words on my blog and tadaa…
Setting up is easy peasy. Interested to have it installed on your blog? Dang… I wish I was getting paid for this. Here goes : Answers.com Blogger Portal

Finally, the results for the Chipster contest is out and I got the consolation prize. That’s what my gf told me when I was trying to fall asleep on the train. Somewhat of a belated birthday present from Danone ya for the results were released two weeks behind schedule. Will fill you guys in on the prize thingy. As of now, I have not received any email or whatsoever.
Thank you all again for voting and just for kicks, have a look at the other lucky winners.

Just found a helpful plugin to display .flv on my blog. It’s another cool addition to having videos on blog without using YouTube. It’s called FLV Embed by Yaosan Yeo. I used it on my Kung Fu Panda post. Easy to use and configure.

The features available are :

How to add it into your blog?
– Download the plugin at FLV Embed site.
– Unzip it and upload to your “wp-content/plugins”
– Activate it in WordPress Plugins admin panel. Done.

That’s all. If you want to do more configuration then go check out the Options available on the site.

Relevant Info:
FLV files as explained on DownloadAtoZ.com. SWF is not the only Flash format. FLV files (Flash Video Files) are a binary file format that delivers “bitmapped” video, limited to one video and one audio stream per file, over the Internet to the Macromedia Flash Player version 7. FLV content may also be associated with SWF files by ActionScript external references. FLV format can also imported into Macromedia Flash Authoring tool. Unlike SWF format, FLV do not have maximum of 16000 frames limitation and ideally for large video file size.